2 shares
Jump to Recipe
This post may be sponsored and may also contain affiliate links. For more information, please see my disclosure policy for further details.

Our household is similar to that of many other families in the United States when it comes to ordering takeout.  Check the junk drawer in our kitchen. You will discover it is full of carry out menus from pizza joints and Chinese restaurants.   But across the pond in Great Britain, they gravitate toward an Indian dish when it comes to ordering a meal to enjoy at home.   Chicken Tikka Masala is an Indian one pan dinner. Yogurt marinates chicken which then simmers in a creamy spiced tomato sauce.  It is the Indian version of comfort food and is just as fun to say as it is to eat.

I first researched, prepared and ate Chicken Tikka Masala (CTM for short), when a personal chef client requested it for his weekly menu of meals.  I was a little leery of Indian food as I was not as experienced in cooking the cuisine.  But after some experimenting with different recipes, I struck upon a delicious version of Britain’s beloved entrée.

A unique spice blend adds to the intriguing flavor of Chicken Tikka Masala.  Bite-sized pieces of chicken are tossed in yogurt along with cumin, coriander, salt and pepper.  The yogurt helps keep the chicken juicy and tender as well as adding a slight tanginess to the sauce.  Usually the chicken in CTM is grilled.  I streamlined my recipe and broiled the yogurt and spice coated chicken to add a charred flavor to the dish.

What is garam masala?

The chunky tomato based sauce includes the star ingredient of Garam Masala.  From the Hindu words for “hot or intense” and “a mixture of spices,” Garam Masala is a combination of spices commonly in Northern Indian cooking.  There is not a single version of Garam Masala. There are many varieties with varying combinations of cinnamon, coriander, black peppercorns, cardamon, caraway, nutmeg, ginger and cloves.  It has a unique taste like no other spice blend and adds a warmth and intensity to the sauce.  Traditional accompaniments for Chicken Tikka Masala include basmati rice, green peas and naan which is an Indian flat bread.

With its unique and delicious flavor, it is no wonder that Chicken Tikka Masala is one of Great Britain’s most popular dishes.  Add a worldly flair to dinner and prepare this Indian comfort food for your family and friends.

Chicken Tikka Masala is an Indian one pan dinner highlighted with yogurt marinated chicken that is simmered in a creamy spiced tomato sauce. 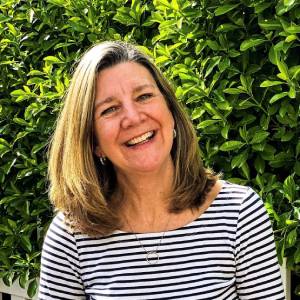 Welcome to amycaseycooks where I share recipes my personal chef clients love and family favorites made in my tiny Jersey shore kitchen. My lifelong love of food lead me to my personal chef business as well as sharing my recipes and cooking tips with you. Thanks for stopping by and I’d love to hear from you!

I only recommend products or services that I believe will add value to my readers. By using these affiliate links, you are helping support this site – at no additional cost to you – and I genuinely appreciate your support. For more information, please see my disclosure policy for further details.